For all you bus spotters out there!

As of November 21st 2020 our fleet comprises six Volkswagen T5 transporters converted by 'Bluebird' into 14/15 seat minibuses.  They are actually three sets of twins, all purchased separately!  Details of each bus are shown below.

We've now sold one of the Bluebirds as coronvavirus has reduced our operations for the forseeable future.  We've kept the original 'little blue bus' but have had to say goodbye to SF06 BLZ.

The original 'little blue bus', YH58 EHD purchased from GoRide CIC in January 2017, pausing at the Perch & Pike in South Stoke (route 134), where you can get 10% off food and drink if you come by bus! 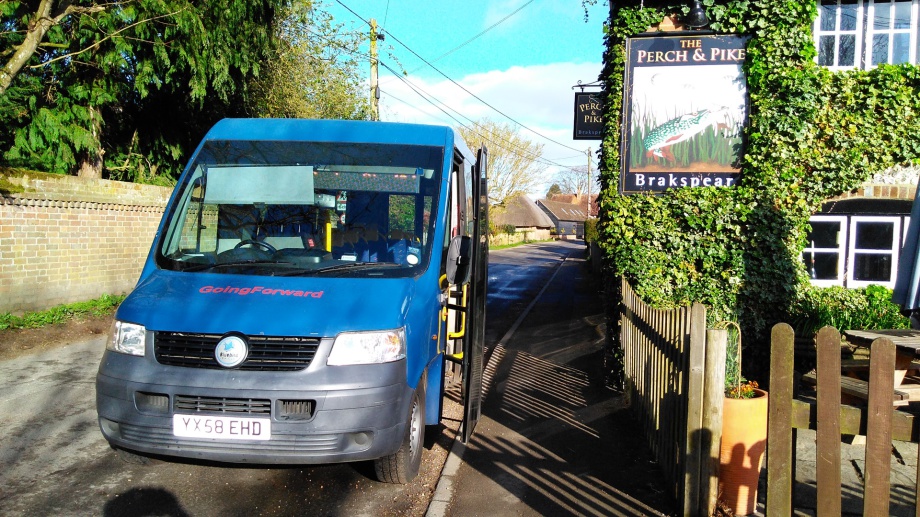 Also bought from GoRide CIC in January 2017, SF06 BLZ seen here on a trial run to Watlington while researching possible timings for the 137 service.  Sadly we had to say goodbye to this bus on 27th November 2021, but you should be able to see her in the new year 2022 standing in if needed for the new services operated by First & Last Mile Buses CIC in the Witney area. 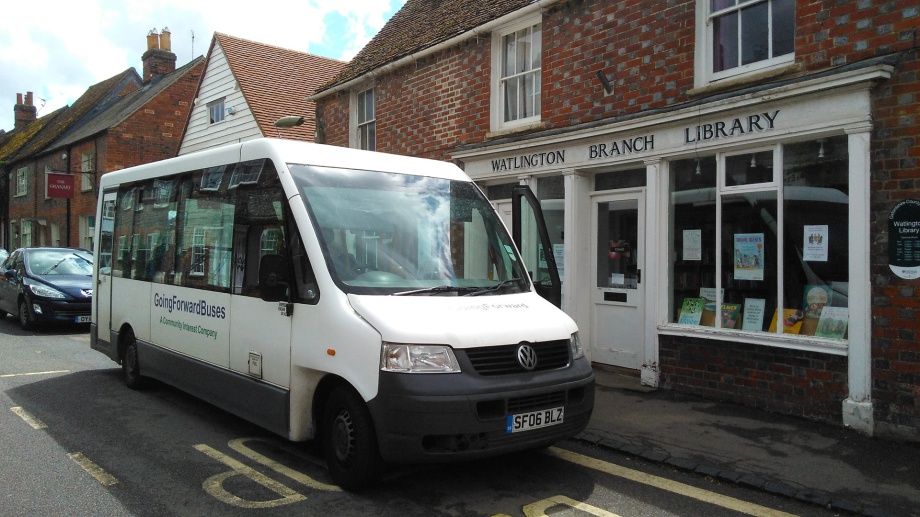 Twin number 1!  SF06 BLX Purchased in March 2017 from a dealer near Coventry.  By complete coincidence, she came straight off the same production line with her 'sister' SF06 BLZ, seen here posing outside Dorchester Abbey for a route 138 publicity shot. 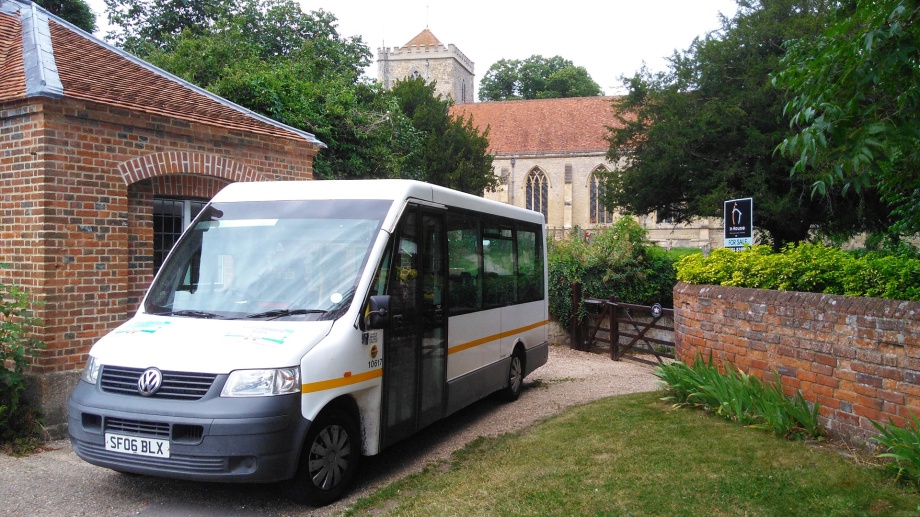 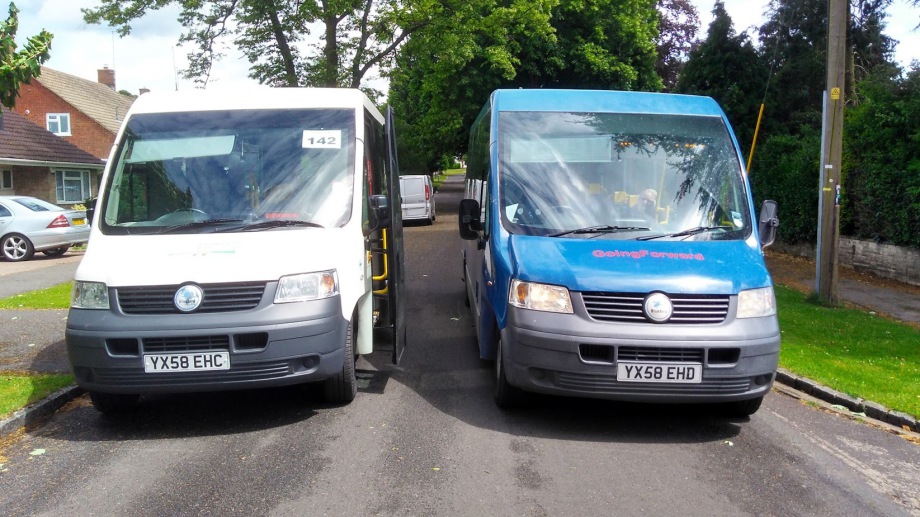 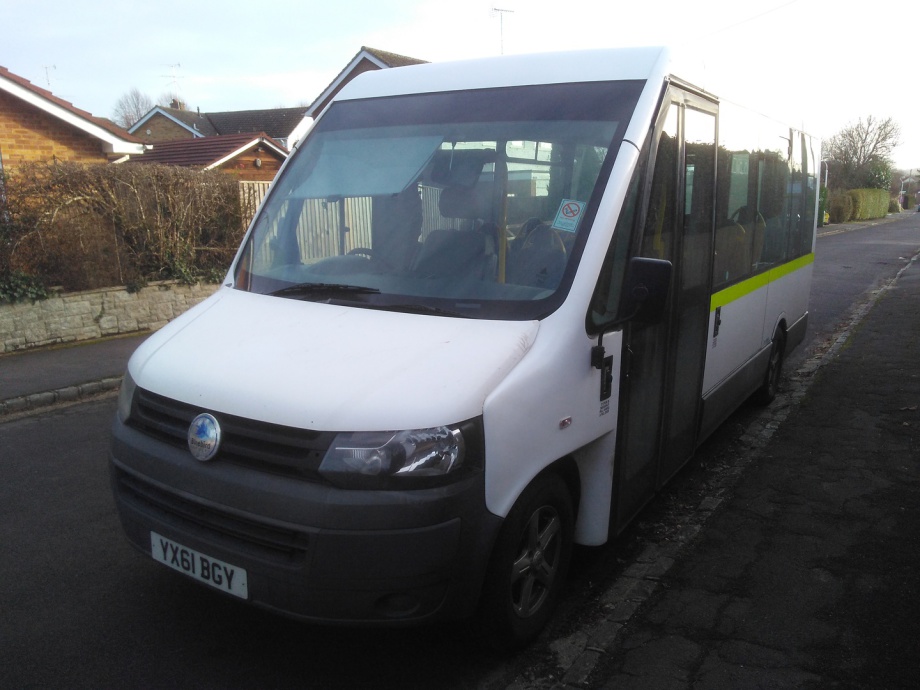 .........when YX61 BGO arrived!  Thanks to a grant from the South Oxfordshire District Councillors, including £2,000 from Goring's District Councillor Maggie Filipova-Rivers, BGY's 'missing' twin appeared for sale on the internet at just the right time and right price, so we are now the proud owners of three sets of twins!  Both buses had previously seen service with Aberdeenshire Council. 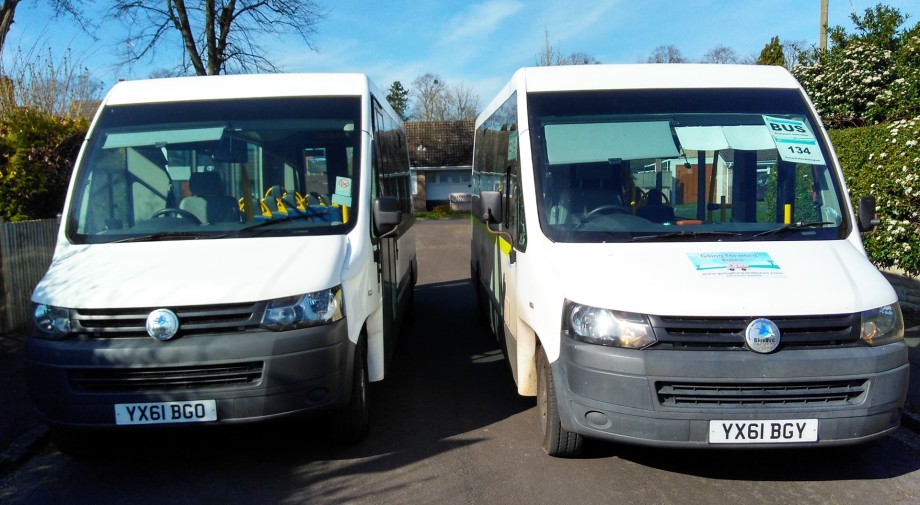